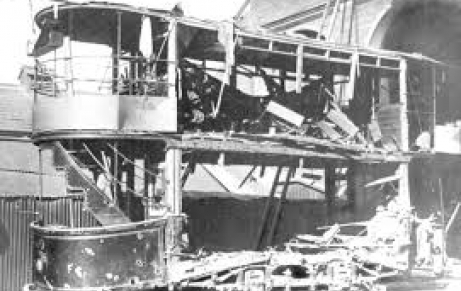 As an important industrial centre Sunderland became a target for the German bombing. Zeppelins floated over the town at about 10pm on 1 April 1916 and heaved around 20 bombs from the airship’s gondola. 22 people were killed and many others injured. The local papers reported that a local magistrate who was also the leader of the local Labour Party was amongst the dead.

The German military press proclaimed that the naval airships had targetted blast furnaces, iron works and other industrial plants on the banks of the Tees, in Sunderland and Middlesborough with explosives and firebombs. They also reported that in spite of being fired upon the airships had no casualties or significant damage.

Wartime censorship of the British press meant that a detailed account of this raid was not published until December 1918.

Militaer Wochenblatt (to be found at ancestry.co.uk)

Fighting on the Home Front: The Legacy of Women in World War One