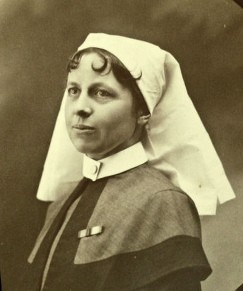 Free talk about the distinguished war service of a nurse on the Western Front. Based on the diaries of Sister Edith (known as Edie or ‘E’) Appleton, who worked beside Sister Kate Maxey from Spennymoor.

Edie served in France and Belgium throughout the First World War and Kate Maxey was one of her closest friends. They worked together in General Hospital No. 1 at Etretat on the Normandy coast for most of 1916.

Edie mentions Kate, always referred to as ‘Maxey’, on numerous occasions in her diaries, and Dick’s talk will focus on their shared friendship and experiences.

It is hardly surprising that the two women developed such a close bond, given their similar backgrounds. Edie was born in Kent in 1877 while Kate was born a year earlier in Spennymoor. They both trained as nurses in the early 1900s, Edie at St. Bartholomew’s Hospital, London, and Kate at Leeds General Infirmary. By the time war broke out they were both experienced practitioners and they travelled out to France together in the same group of nurses on 9 October 1914. At the end of hostilities both women were decorated for their dedicated and distinguished war service. After the war they were both members of the Territorial Force Nursing Service.

This promises to be a fascinating talk about the heroism of two women in their late thirties who set off from Southampton together in 1914 and spent the next four years helping to save lives in exceptional circumstances. 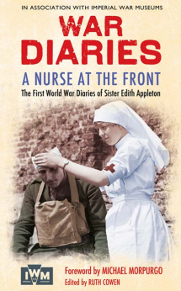 The story of Kate Maxey will be featured in the exhibition Somme 1916: From Durham to the Western Front, which opens at Palace Green Library, Durham University, on 25 March 2016.

This event is supported by the Heritage Lottery Fund as part of the Durham at War project.