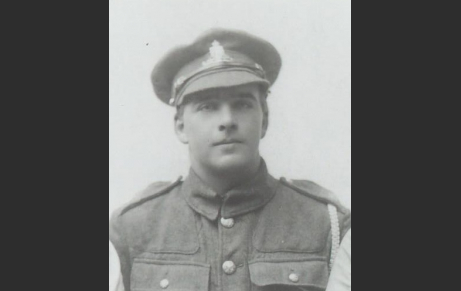 Charles Morton in uniform, with thanks to M. Morton

Charles Morton was born in Sheffield in about 1895, the eldest of eight children, to Joseph and Theresa Morton. The family moved to County Durham between 1901 and 1904. Initially working as a steelworker, Joseph, along with his son Charles were both working below ground at a mine on the 1911 census.

Charles joined the Royal Field Artillery, going abroad after 1915. He was serving with the 251st Brigade, RFA, when he was injured. Charles died of wounds on 8 May 1918, and is buried at Beaurepaire French National Cemetery, Pontavert.