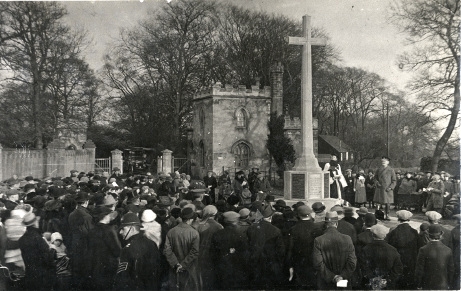 How do we measure the North East’s contribution to the Great War?

During the First World War, some 13,000 Durham Light Infantrymen and 17,000 Northumberland Fusiliers were killed in action, died of wounds or died of disease. Most, but not all, of these men came from the North East of England.

It is impossible to provide exact numbers of the men and women from the North East who served in the First World War. Statistical information gathered at the time is not accurate enough to allow detailed analysis on a regional basis.

Contemporary reports suggest that the North East’s initial response to the call for volunteers in 1914 was possibly the highest in the country. Local newspapers are filled with lists of hundreds of names of volunteers from colliery villages across County Durham.

To gain an impression of the numbers involved one can only compare the data that is available.

SOLDIERS WHO DIED
Lists of those who died in the Great War were published by His Majesty’s Stationery Office in 1921, arranged by regiment, corps or other unit, with a separate volume for officers. Soldiers Died in the Great War 1914-19 is now available as a searchable database.

Another data source for soldiers who died is the Commonwealth War Graves Commission (CWGC) website.

Here are the numbers for regiments which recruited in the North East.

To set these numbers in context, the CWGC website records a total of 1,074819 deaths in the First World War, and of these 831937 were serving in UK forces.

SOLDIERS WHO SERVED
In addition to those who died, more than eight in ten soldiers who served in the British Army in the First World War survived.

Perhaps the best indicator of the total number of men who served in British Army units (casualties and survivors) in WW1 is the Medal Index Cards database, based principally on campaign medal index cards. Every serving soldier was entitled to a campaign medal or medals. Here are the numbers for regiments which recruited in the North East.