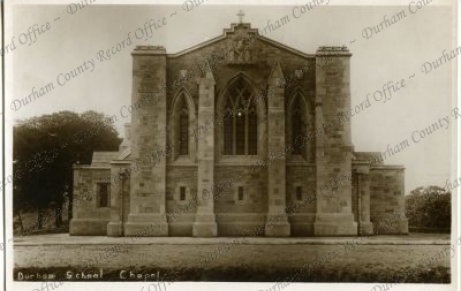 Alick Todd was born in 1892 in Penshaw, County Durham. His father, Edward Todd, was a dentist. In 1901 Alick was a schoolboy, boarding in a house in Scarborough with his older sister Annie and his younger brother Fred. By 1911 he was a schoolboy boarding at Durham School. He went on to study arts at Durham University.

Whilst Alick was at university, according to the 1911 census, his family had moved to a house in Shiney Row, Fencehouses. This was where their dentistry business was based. By this time, one of Alick’s brothers, Sam Todd, had joined the profession as a surgeon dentist. His father, Edward, was working as an anaesthetist dentist. His sister, Elizabeth, was an elementary teaching working for the County Council.

Alick was part of the ‘University college shooting 8’, more information about which can be found on the following Durham University website. There is also information concerning Alick’s military career and a photo of Alick:
https://www.dur.ac.uk/palace.green/whatshere/iotm/archive/2014/06/

Alick initially served in the Durham Light Infantry (DLI) in the 4th and 10th battalions. During this time, he was awarded the military cross for conspicuous gallantry. He is mentioned in the London Gazette on 20 October 1916 where the description for the award is as follows: “[h]e went over our barrier in broad daylight to reconnoitre the enemy’s barrier 50 yards away. On the two following days he organised and carried out two successful bombing attacks. He had to go a long way under heavy shell fire while making the arrangements with another unit, and was without food for 24 hours”

After serving in the DLI, Alick was transferred to the Royal Flying Corps (RFC), serving in 18th squadron, as an observer/gunner. He was wounded in 1915 but then again in April 1917, whilst on a photo reconnaissance patrol. Reconnaissance was a routine but vital task to build up information on enemy positions. It was however a very dangerous job, owing to the great danger from both enemy fighters but also from ground based anti-aircraft guns. The process of taking aerial photographs, as well as the development and the interpretation of them, advanced tremendously during the war years.

Having been shot down, Alick was taken captive by the Germans and he died of his wounds in captivity four days later. He is buried at Sauchy-Cauchy Communal Cemetery Extension, Pas de Calais, France. From records of these burial grounds we can see that the inscription on his headstone, marked with a cross, reads ‘Rest dear son, thy labour is o’er, thy willing hands will toil no more.’ Alick’s will left his estate worth £292 0s 3d to his father Edward.

Alick is remembered on several memorials in both Penshaw, where he was born, and in Shiney Row, where his family lived. Perhaps the most poignant of these memorials is a paten and chalice given to St Oswald’s church in Shiney Row by his sister Nora Todd. The inscription on the paten reads “To the Glory of God and in honoured memory of Lieutenant Alfred Todd M.C. Royal Flying Corps, who died in German hands of wounds received in action in France April 12 1917.This Paten and a Chalice are given by his sister Nora Todd, All Saints Day 1918”. This is the only mention of Alick as Alfred in the records so perhaps it was a name used within the family, or by his sister.

Alick is also remembered in a chapel at his old school, Durham school. There are 97 steps to reach the chapel, each step representing a man from the school who died during the war.

In addition to the military cross Alick was also awarded the Victory medal, the British War medal and the 1914-15 star.