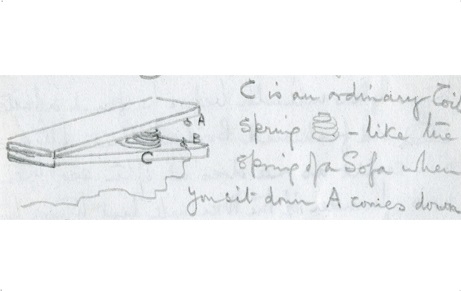 These letters were written by Colonel Hubert Morant, commanding officer of 10th Battalion Durham Light Infantry, to his wife Isabella Straker (1887-1967), known as Helen. They begin in June 1915 and end in March 1919, however there is only one letter for 1916. At the beginning of 1918, 10th Battalion was disbanded, and Colonel Morant was made a temporary brigadier, commanding 3rd Brigade. In September of that year, he was transferred to 147th Brigade. Morant remained in France until March 1919. His letters after the armistice discuss what the men and officers did to pass the time as they were demobilised or sent for duty elsewhere. These letters also recount Morant’s trip to Cologne, Germany, revisiting battlefields along the way.

As an senior officer, Morant would sometimes be in charge of censoring the letters of other ranks. He did not do this with his own, and frequently refers to his location, tells of incidents, and gives his opinion of other officers. When Morant is referring to matters at home, the letters are not always so easy to follow. It seems that he is working his way through Helen’s letters to him, and responding to her thoughts and questions, however, we do not have this half of the correspondence so no context.

Due to Morant being a career soldier, a senior officer, and of a family of some means, he refers to a lot of other people that he knows socially, has served with prior to the First World War, or his current peers. Many of these are referred to by nicknames or surname, so an index has been created, giving information on these people where possible.

These letters have been transcribed by Durham at War volunteers and edited for some spellings and punctuation. They may contain language that was not uncommon at the time, but readers may now consider offensive.