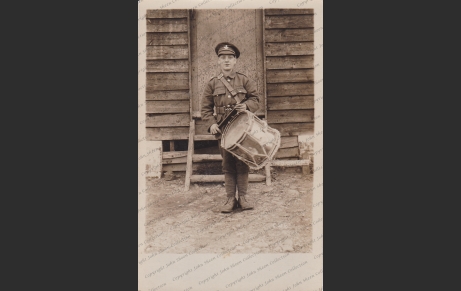 Photograph of drummer from 19th DLI, Cocken Hall, 1915 With many thanks to John Sheen, from his collection

Picture taken at Cocken Hall in 1915

This drummer from 19th Battalion Durham Light Infantry looks like he was probably under age. It was likely that he was discharged or transferred to the 23rd Battalion.