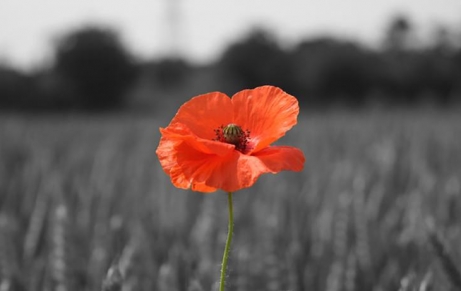 Four days before the Armistice, the 15th Battalion DLI fights its last battle.

In late September 1918, with Allied advances in Belgium, France, Italy and the Middle East, the German generals told the Kaiser that the war was lost and that a cease-fire must be agreed with the Allies. The fighting, however, was to continue until an armistice was signed.

Negotiations began on 8 November at Compiègne in northern France and the armistice was finally signed by the German delegates early in the morning on 11 November. It would take effect a few hours later at 11 o’clock.

There were eleven DLI battalions on the Western Front on 11 November 1918. Some were at rest in billets, others at the front, but none, however, were in action that day. The last battle fought by the DLI during the Great War occurred four days earlier on 7 November, when the 15th Battalion attacked the village of Limont Fontaine and fought hand to hand with its German defenders.

The 15th Battalion DLI had been formed as part of Kitchener’s New Army just a few weeks after the start of the war in August 1914. First in action at Loos in September 1915, the battalion subsequently fought on the Somme, at Arras and at Passchendaele, and, by the summer of 1918, few of those original volunteers remained. In their place came young conscripts, many of whose homes were far from County Durham.

In late August 1918, the rebuilt 15th Battalion DLI joined the Allied advance that was to lead to the German surrender. The German Army was not yet beaten, however, and the battalion suffered many casualties from the heavy shelling and machine-gun fire. During October, more drafts of young soldiers arrived to fill the gaps and officers too were needed. Amongst the new officers to arrive was Captain Arthur Lascelles VC, MC. He had won his Victoria Cross with the 14th Battalion DLI in 1917.

On 5 November, after resting for ten days, 15 DLI re-joined the advance and early on the morning of 7 November crossed the River Sambre by pontoon bridge and joined an attack towards the village of Limont Fontaine. By noon, despite heavy enemy fire and a counter-attack, the battalion was holding a position just west of the village.

Just after three o’clock, 15 DLI and the 9th Battalion Kings Own Yorkshire Light Infantry (KOYLI) were ordered to capture the village and take up positions on high ground beyond. Under cover of a British artillery barrage, the two battalions advanced and after fierce hand to hand fighting overwhelmed the German defenders and moved on to the high ground.

That night, 15 DLI was relieved and the next morning marched back to billets, where the men bathed and cleaned their uniforms and equipment. The battalion had fought its last battle – and the DLI’s last battle – of the Great War. When news of the armistice arrived, the battalion was still at rest.

The fighting at Limont Fontaine on 7 November 1918 cost the 15th Battalion DLI twenty-five dead. Ninety men were wounded, of whom seven died of their wounds over the next few days. Among the dead was 19-year-old James Gould from New Herrington and 21-year-old Thomas Alderson from New Brancepeth. James had only joined the battalion on 19 October, whilst Thomas did not join until 24 October. Both were killed in action on 7 November.

This last battle, however, did not only see young, inexperienced soldiers die. Captain Arthur Lascelles VC, MC also died at Limont Fontaine. This 38-year-old veteran had been at war since 1914.

Note: Though Jim Fox, who served with the 11th Battalion DLI on the Western Front, remembered that a sergeant had been killed on 11 November 1918, the records show that no sergeant from 11 DLI was killed on that day.