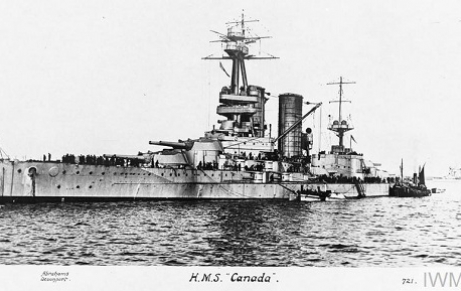 Son of Whitburn baronet served as captain with the Royal Navy

Adolphus Hudleston Williamson was born in London in July 1869 and was the second son of Sir Hedworth Williamson (1827-1900) and his wife, Elizabeth, (1831-1920), who was the fourth daughter of the first Earl of Ravensworth. Adolphus was one of five children with two brothers and two sisters. His elder brother, Hedworth, succeeded to the Williamson baronetcy, as the ninth baronet, on the death of their father in 1900. The Williamsons were part of the tight-knit coal and landowning County Durham aristocracy, which also included the Liddells, Lambtons and Londonderrys.

Adolphus’s father had been a diplomat and inherited the baronetcy in 1861 as the eighth baronet. He was Member of Parliament for North Durham from 1864 until he stepped down at the 1874 general election. He held several local offices – as befitted someone of his position – and was variously Deputy Lieutenant and Justice of the Peace for County Durham, Captain Commandant of the First Durham Volunteer Artillery for twenty-eight years, and he was appointed High Sherriff of Durham for 1877.

The family seat was Whitburn Hall, a long rambling building, extended by successive Baronets, and set in eleven acres of ornamental gardens with fine sea views to the south. By any measure the family were wealthy – summers were spent in the south of France (or the Isle of Wight) and a house was taken in London for the season each year. The family entertained lavishly. When the Channel Squadron, of the Royal Navy, visited Sunderland in 1895 all the principal officers were entertained at Whitburn Hall. Royalty stayed at Whitburn and were also entertained at the family’s southern house Appley Hall (bought in 1913) near Ryde, on the Isle of Wight.

At different times the family attempted to further develop their property but not always with the hoped-for success. In 1834 the 7th Baronet built the North Dock (now the Sunderland Marina) which was intended to provide extra facilities for the growing coal trade, however it was not a commercial success, almost bankrupted the family, and was sold in 1847. Later in the century, housing on the family’s land below Wearmouth Bridge was cleared, to provide space for the town’s expanding shipbuilding industry. Their attempt to develop Roker as a seaside spa and bathing resort was initially a failure but bore fruit after 1880.

As a younger son Adolphus’s future was, given the family’s passion for yachting and the importance of the shipping interest in Sunderland politics, probably decided for him and he joined the Royal Navy in 1882, when he was twelve. He had been educated at home and at Cheam Preparatory School. His first two years in the navy were at HMS Britannia – a shore station used for the basic training of officer cadets.

By 1914 Adolphus was an experienced captain with over thirty years’ service. In the early years of his career he had served in the West Indies, the Mediterranean and in-home waters. In the 1890s he was recognised as a promising officer by important figures in the Victorian navy. Prince Louis of Battenberg (First Sea Lord 1912-14) described him as ‘Capital all round’ and Sir John Fisher (First Sea Lord 1904-10 & 1914-15) very strongly recommended him for promotion. In 1891 he was posted as a lieutenant and in 1900, after a series of minor commands, he was appointed as commander of HMS Hussar, a torpedo gunboat, which was attached to the Mediterranean Fleet. This was followed by command of armoured cruisers and a spell ashore at HMS Excellent.


For career officers the outbreak of war in 1914 was an opportunity for promotion and to test their skill against the Kaiser’s navy, but Adolphus had the bad luck to be in command of HMS Royal Arthur, an obsolete cruiser, soon to be deployed as a guardship at the British Navy’s new North Sea base at Scapa Flow. Worse was to follow, as in September 1914, the Royal Arthur, with Adolphus in command, collided with the SS Tua, a Swedish ship on passage from Peterhead to Gothenburg with a cargo of herrings, and the Tua sank. Collisions at sea were common at this time and more might have been made of it before the war, but Adolphus got off with a rap on the knuckles. Six months later he was appointed captain of HMS Berwick – an armoured cruiser.

In December 1915 he was given an opportunity to show what he could do when he was appointed captain of HMS Vengeance, a pre-dreadnought battleship. She was recommissioned and left Devonport that month for deployment in the Indian Ocean. She was part of a small flotilla assembled in the area to support the British campaign in German East Africa (now Tanzania, Burundi and Rwanda). Driving the Germans out would allow the British to achieve a long-held ambition of having a continuous land route under their control from the Cape of Good Hope to Cairo.

Vengeance left with a scratch crew and they were drilled by Adolphus en route to east Africa and his ‘unremitting care’ transformed Vengeance into an efficient fighting force ‘ashore as well as afloat’. In the British attack on Bagamoyo, the territory’s main port, the bombardment provided by HMS Vengeance was said to be remarkably accurate. The landing parties were trained and commanded by Adolphus and, overall, his efforts made a significant contribution to the success of the operation and he was appointed CMG (Companion of the Order of St Michael and St George).

HMS Vengeance returned home early in 1917 and, in April, Adolphus was appointed captain of HMS Dominion, another pre-Dreadnought battleship. In December he was appointed captain of HMS Canada, a Tyneside built Dreadnought which had been commissioned in 1915. This was the highpoint of his career, but he was to enjoy it for only a few weeks because in February 1918 he was retired as physically unfit for service. After a spell in the Royal Naval Hospital at Haslar, he was transferred to the Royal Naval Lunatic Hospital in Great Yarmouth where he died on 14 July 1918. For a man who had given 37 years of his life to the navy his discharge must have had a devastating impact. The press reported his death as due to a nervous breakdown and pneumonia. In practice, however, he had been suffering with hardening of the arteries for at least a year before his death and the symptoms of this may have been misunderstood. He had a stroke in hospital at Yarmouth and pneumonia followed.

He was buried in the family vault at Whitburn St Mary. On 19 July 1918 his coffin was carried from Whitburn Hall, by an Honour Guard of Royal Navy ratings, to the church where he had worshipped as a child. A firing party was provided by the Sherwood Foresters. He is remembered on the memorial on the village green, along with the sixty-eight other men from Whitburn and Marsden who gave their lives during the war, and also on the memorial on the north wall inside St Mary’s.