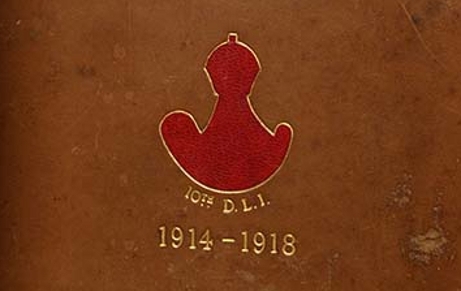 Born in Mhow, Central India, Charles Percy Grant was the third son born in India to Robert and Ruth Grant (nee Marwick); his older brothers Herbert and Fred had been born in Karachi. His father, Robert, served as colour sergeant in the 98th Foot in India until the family returned to Devonport, Plymouth, where two more children, Bertha and Walter, were born. By 1894 the Grant family had moved north to Allensford on the River Derwent near Consett where Robert Grant worked in the Iron Works. A further two children, Ernest and Evelyn, were born.

Charles was a labourer when he enlisted on 23 June 1903. On his attestation papers, he gave his age as 18 years and 8 months, and later, a date of birth of 23 January 1885 appears, which matches this. However, according to the British India Office Ecclesiastical Returns (Find My Past), Charles was born on 28 October 1886 and baptised a month later on 25 November. This would have made him a month shy of his 17th birthday when he enlisted.

Charles initially enlisted as a private for a period of three years in the army, and nine years in the reserve, which made up the standard 12 year period of service (though this was more commonly seven years in the army, and five in the reserve). He was posted to the 2nd Battalion, Durham Light Infantry (2 DLI). In 1906, after serving his three years, Charles was permitted to extend his service to seven years in the army (reducing his reserve time to five years). After completing his seven years, in 1910 he again extends his time again to do his full 12 years of service in the army. However, in 1914, Charles extended his service again to 21 years, having gained 10 years and 241 days towards it. Extending service to 21 years was known as re-engagement.

Charles had been promoted lance corporal in 1904, a year before he was posted to Cork. He served here with the 2 DLI from 21 October 1905 to 17 October 1908, alongside Bandsman Jimmy Durham, a Sudanese man, abandoned as a child on a boat on the River Nile, who was found and adopted in Cairo by the sergeants of 2 DLI, and who served with them in Cork at the same time as Charles. In 1906, while serving in Ireland Charles was promoted to corporal.

On his return to England in 1908, he was attached to the 3 DLI at Fenham, Newcastle. Two years later in April 1910 he was promoted to last sergeant, though on 10 July of that year he was ‘severely reprimanded for being in bed 35 minutes after reveille’.

By September 1911, Charles was promoted to sergeant and returned to 2nd DLI, now at Colchester, a month later. Unfortunately, only two months into his new promotion, on 26 November 1911 he was severely reprimanded again, this time for ‘improper conduct in the Sergeants’ Mess’.

Charles remained in Colchester until April 1913, when he was attached once more to the 3 DLI, and posted to the permanent staff, appointed orderly room sergeant, back in Newcastle. Despite his earlier reprimands, he was considered ‘reliable & trustworthy’. In February 1915, Charles was made a company quartermaster sergeant, and then an acting company sergeant major in the June.

On 11 August 1915, he was posted to 10 DLI in France, under the command of Colonel Hubert Morant, arriving 19 August. Charles returned home on leave three months later and married Margaret ‘Jenny’ Jean Nichol in South Shields on 20 November 1915. Jenny Nichol was born in South Hylton in 1892; at 18 years of age, in 1911, she was a housekeeper for her uncle, William Oliver, in Blackhill where he was working at the Consett Iron Works. Charles’ family were also living in Blackhill and it seems likely that this is how he and Jenny met. The witnesses to the marriage were Corporal Stanley L Letchfield and Rosetta Letchfield. They had a son, also Charles Percy, born in Rothbury in 1917.

One month after his marriage, having returned to France, Charles was made a full company sergeant officer, on 4 December 1915.

On 16 July 1916, Charles was commissioned as an officer. He was promoted in the field to second lieutenant, still serving with 10 DLI. The commission appeared in the London Gazette on 9 August 1916. From November of that year, until early 1918 when the regiment was disbanded, Charles served as adjutant to the commanding officer, Colonel Hubert Morant. He is mentioned in several letters that the colonel wrote to his wife. On the same date that he became adjutant, Charles was also made a temporary lieutenant. This became a permanent rank on 16 January 1918.

Charles was awarded the Military Cross, London Gazette 18 October 1917. His citation read: ‘For conspicuous gallantry and devotion to duty. During an enemy counter attack, he went from battalion headquarters to the foremost post and took command, forming a defensive flank where a gap had been made in the line. His prompt action prevented a whole company from being surrounded. Later, he remained in the open under continuous shell fire, gaining information as to the situation. Throughout he acted with the greatest gallantry, coolness, and resource’.

When 10 DLI was disbanded in February 1918, Charles was transferred to 15 DLI with who he saw the end of the war. On 28 February 1918, he was made a temporary captain. Before the war was over, Charles won a bar to his Military Cross, London Gazette 24 September 1918. The citation read:
‘For conspicuous gallantry and devotion to duty during an enemy attack. Two days running this officer worked with untiring energy and zeal, rallying and encouraging men, and it was largely due to his cheering influence and personal example that whenever withdrawal was compulsory it was carried out in an orderly manner’.

After the war, Charles continued his service, and was posted to the 53rd (Young Soldiers) Battalion, York and Lancaster Regiment, at Catterick (formed in 1919). On 25 March 1919, he sailed for Dunkirk, joining 6th Battalion, West Yorkshire Regiment, on 30 March. He was not with them for long, and was transferred to 9 DLI, back in England, on 25 April. After his retirement at the end of 1919, Charles joined the Reserve of Officers, until 1935.

On 26 January 1923, Charles sailed alone, from London on the ‘Omar’ to Fremantle, Australia; he gave his address as 34 Corbridge Street, South Shields and his occupation as labourer. His wife Jenny and their son Charles, then aged six years, followed him nine months later from the same address in South Shields to Freemantle on the ‘Ormonde’; they embarked from London on 13 October 1923.

In 1947 a letter on record at the National Archives written by Miss Lucy Cole-Hamilton, who had worked at Fairbridge Farm from 1934, alerted the British Government to the conditions there; she raised concerns about the harsh conditions and treatment, lack of education and ‘low quality’ of the staff employed there. The letter was ‘laid by’ and no action was taken as it was not deemed to be ‘evidence’ with which they could approach the Fairbridge Society. Children continued to be sent there, and members of the Royal Family including Prince Charles continued to visit. Stories of happy times have been told but many have been recorded of abuse and harsh treatment. Photographs of the children at the farm until at least the 1960s bear witness to the testimony of one child migrant who arrived there in 1950, who said that their nice clothes were taken away on arrival and they were made to go barefoot. Photographs show boys working in the forge and in the fields in their bare feet, milking cows by hand and feeding chickens.

Charles Percy junior followed in his father’s footsteps and enlisted in the Australian army shortly before the Second World War. He served mainly in Australia, but spent almost a year in Borneo 1945-1946. Also like his father, he was commissioned from the ranks. He left the army in 1946.

This information was derived from the officers service records, held at The National Archives, Kew, London: WO 339/67286
http://discovery.nationalarchives.gov.uk/details/r/C1121122