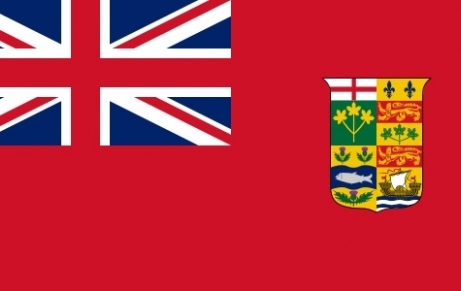 Philip Barker Hindmarch never knew his father, Philip Slater Hindmarch, as he died just one month after his birth in August 1870. Father Philip had married Annie Barker, the daughter of the innkeeper of the Oak Tree Inn at Shincliffe Bank Top, in the summer of 1869. After the death of her husband, Annie and young Philip lived at the inn with her parents. After the death of her father, Annie, Philip, her widowed mother and unmarried sister, Jane, moved to Park House in High Shincliffe.

After he had left school, Philip spent four years serving in the Westmorland and Cumberland Yeomanry and four years in the 2nd East Surrey Regiment. By 1891, he was working on a farm in Yanworth, Westmorland and, in October 1899, he married Agnes Elizabeth Swain in Cheshire. They had a son, Frank, the following year. The 1901 census shows that the family were living at Preston on the Hill, Cheshire on the Bridgewater Canal, where Philip was a clerk.

On 24 February 1907 Philip arrived in Halifax, Nova Scotia having sailed from Liverpool, Lancashire on the SS Victorian. He was joined in Canada five months later by Agnes and young Frank. At the time of the 1911 Canadian census, Philip was serving with the 53rd Sherbrooke Regiment. Agnes and Frank were staying in an hotel in Sherbrooke, Quebec where Agnes also worked as a waitress.

When Philip enlisted in the Canadian Expeditionary Force (CEF) on 18 January 1915, he gave his wife’s maiden name for his next of kin and said that he was born in 1876. He became private 65451 of the 24th Battalion. Only two weeks after his enlistment he was attacked in the street in Montreal, Quebec cutting his head and rendering him unconscious. In hospital for three weeks, he was fit enough to embark with the battalion for England on 11 May 1915. They were initially based at East Sandling, Kent where the battalion was inspected by the King before sailing for France on 15 September. They marched into Belgium where they had their first tour of duty in the trenches early in October 1915.

After a year on the front line, Philip started to complain of headaches and sleeplessness and was invalided to England with debility and myalgia. Discharged from hospital at the beginning of December 1916, he was based at the 1st Quebec Regiment Depot at Shoreham, West Sussex on light duty. He was eventually repatriated to Canada and discharged as medically unfit for further service in June 1917.

June 1918 saw Philip enlist again in the CEF, aged 48, and he was given the same regimental number: 65451. He was posted to the 24th Battalion. When he was passed as Ciii fit for sedentary work only in Canada, he became a sergeant in the 5th detachment Canadian Military Police Corps. Their main duties were to maintain discipline, enforce the Conscription Act and apprehend deserters and draft evaders. In January 1919 Sergeant Hindmarch was admitted to Quebec Military Hospital with tuberculosis (TB) and, the following month, was discharged for further treatment under the Invalided Soldiers’ Commission.

Philip Barker Hindmarch died from TB on 14 June 1919. As his death was due to his service in the CEF, he is buried in a war grave in Mount Royal Cemetery, Montreal, Quebec, Canada.