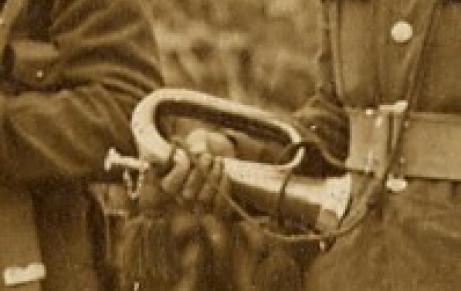 By the end of the war in November 1918, the DLI had grown to 43 battalions, as new Reserve, Service, Territorial, Young Soldier, and other battalions were formed. Of these 43 battalions, 22 served in war zones from the Western Front to the North West Frontier of India.
——————–
In June 1918, some 50 soldiers from the Duke of Wellington’s Regiment, then at Brookwood in Surrey, were formed into the 29th Battalion DLI – the DLI’s last Service battalion. These soldiers were soon joined by a draft of over 1,000 men, all with low medical categories, from several regiments. Intensive training, especially on the rifle range, began under Lieutenant Colonel Frank Thackeray, Highland Light Infantry, and over 300 men were soon found to be unfit for any service overseas. These were replaced with drafts of over 250 trained soldiers from the 27th and 28th Battalions DLI.

On 3 July 1918, the 29th Battalion DLI landed at Boulogne, as part of a reformed 14th Division (the original Division has been badly mauled in the German attacks earlier in the year), and spent July and August training and working well behind the front line.

On 28 August 1918, as victory over the German Army on the Western Front was beginning to look a real possibility, 29 DLI moved north to Ypres, where the battalion provided working parties as well as continuing its training. Finally, on 13 September, 29 DLI went into the front line for the first time south of the Menin Road. And on 17 September, the battalion suffered its first casualties, when over-eager patrols were met with grenades and machine gun fire.

For two weeks during October, the 29th Battalion dug, patrolled, fought, and advanced despite mud, rain, and German artillery shells. After a week spent in reserve resting, cleaning uniforms and weapons, and training, the battalion returned to the front. But by then the German Army was in retreat, though shelling still caused the battalion casualties.

On 11 November 1918, the 29th Battalion was in reserve near the French border, when news of the Armistice arrived.

On 11 November 1920, the King’s Colour of the 29th (Service) Battalion DLI was laid-up in Durham Cathedral, but by then the battalion itself had long-since been disbanded.