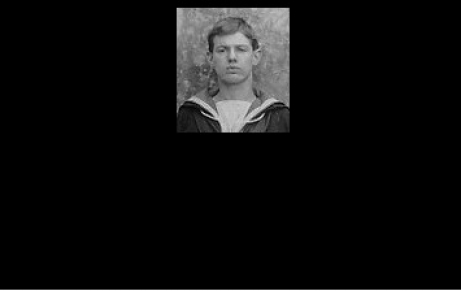 Photograph of Thomas Hunter With thanks to D Donkin

Thomas Hunter worked at a local coal mine and like a host of other pit lads from Horden, Easington, and Shotton Colliery joined the Royal Naval Reserve (RNR) at the start of the war and served as stokers. This included his cousin Samuel Hunter who was born in Byer’s Green one day earlier than Thomas’s birth date. Both cousins served on HMS Indefatigable.

HMS Indefatigable was a battlecruiser that spent two years in the Mediterranean and carried out the first British attack on the Dardanelles following the commencement of hostilities between Ottoman Turkey and Russia. The ship returned to England in February 1915 and conducted uneventful patrols of the North Sea for the next year and a half.

Indefatigable was sunk on 31 May 1916 during the Battle of Jutland, the largest naval battle of the war. She was hit several times in the first minutes of the opening phase of the battlecruiser action. Shells from the German battlecruiser Von der Tann caused one explosion that ripped a hole in her hull while a second explosion hurled large pieces of the ship in the air. Thomas and his cousin, Samuel, died amongst 1,017 crewmates. Thomas’s body was not recovered for burial and he is remembered on the Chatham Naval Memorial.

Thomas Hunter was awarded the Star, Victory Medal and British War Medal for his service in World War One.