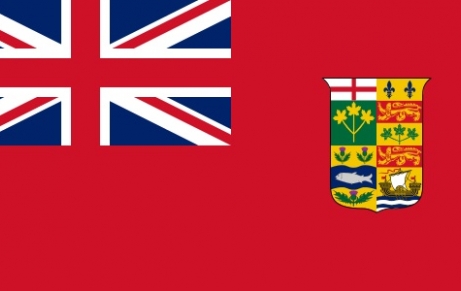 Darlington-born Emmanuel (Manny) Habron was an engineer by trade, but according to his headstone was a “notable trainer of athletes”, including Arthur Wharton, the first black footballer. He married local girl Annie Davidson in autumn 1879 and they had three daughters, followed by four sons. Thomas, born on 4th November 1887 at Napier Street, Darlington, was the second. Annie died in 1897 and is buried in Darlington West Cemetery. Manny married 24 year old Catherine Hannah Sowerby in 1900 and they moved to 43 East Raby Street, Darlington with Elizabeth, Emmanuel, errand boy Tom then aged 13, and youngsters Robert and Mark. Two years later, Tom had a stepbrother with the birth of John George. By 1911 they were living at 8 Freemans Terrace, Darlington and only Tom, Mark and John George were still living with their parents. The following year, Tom sailed for Canada, having for eight years been a member of the local Volunteer Force and Territorials.

Arriving in Canada, Tom settled in Toronto, finding work as a carpenter and joining the local militia, the 13th Cavalry Field Ambulance. He returned to England, visiting relatives in June 1914, staying for two months. In August 1915 Tom became Regimental Sergeant Major at the Toronto Recruiting Office, having transferred from the Field Ambulance Service and by December was back with the Army Medical Corps (AMC) at the Military College Hospital where he was promoted to Lieutenant and Quartermaster (QM). In January 1918, he was promoted to Captain and QM and in November of that year transferred to AMC Training Depot no. 2.

On 10th June 1919, Tom officially enlisted in the Canadian Expeditionary Force at Givens Street Barracks in Toronto, retaining his rank of Captain and still being based at the Training depot. He remained there until demobilisation in July 1920.

By census day in 1921, Tom was working as a manufacturer’s agent and lodging with the Pember family in Tranby Avenue, Toronto and on 7th September he married 33 year old Sara Lillian Peace in Toronto. They had two daughters both born in 1926, Janet Grace in April and Sheila Elizabeth in November.

Thomas died on 13th October 1949 and is buried in Mount Pleasant Cemetery, Toronto with his wife and children.

Hello, I am Tom Harbron's grandson (I am named after him)
I just wanted to add that Tom in fact had 4 children, John (deceased) , Janet (deceased), Florence Peace (my mother now in her 90th year) and Lillian (in her 87th year). Sheila was John's wife.
I just wanted to say thank you as I have learned more about my grandfather from this web page than I have from family stories. Very enlightening.

Thank you very much for your comment. We would very much like to do a page on Emmanuel. Having volunteers working on the Canadians and Australians who originated in County Durham has borne a lot of fruit for the project, but it is always interesting to know about the families they left behind, too.