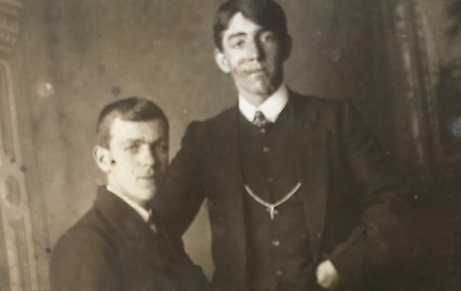 Discharged from military service due to rheumatic fever

Attested to the Royal Garrison Artillery on 9 Nov 1914. Discharged on 21 Nov 1914 as “not being likely to make an efficient soldier”.

A short biography of Teddy Cain can be found here:
http://www.wheatleyhill.com/People.htm

After the war Edward Cain became involved in local politics and from 1934 served on Easington District Council.

A collection of Edward Cain’s records can be found at Durham County Record Office, D/X 338.