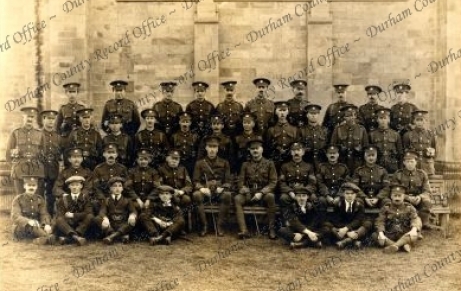 The equivalent of the Home Guard in the First World War

The Volunteer Corps was revived on 17 June 1916. The Durham County Volunteer Corps never formed part of the Durham Light Infantry regiment, although ‘DLI’ is sometimes appended to the battalion titles.

In August 1918 the total strength of the Corps was 256 officers and 10,408 non-commissioned officers and men.

You can help us to research the story of this organisation.