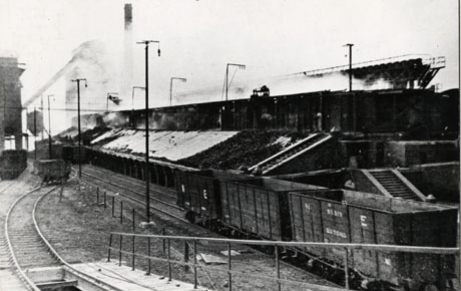 The first woman in Horden to wear trousers

In her own words Lizzie Holmes was “rough and ready me”. Three years before her death she gave an oral history interview as part of the Easington People Past and Present project. The recording and transcript provide an amazing glimpse into the social history of the area at the beginning of the twentieth century.

Lizzie was left an orphan and was farmed out first to her grandfather and then her aunt. Before she was legally allowed to leave school, at the age of thirteen, Lizzie was already angling for a job. Her elder sisters worked at the ropery in Hebburn so she dodged the “Kiddy Catcher” (the local education board inspector) to get herself a job too, which she promptly lost for beating up a bigger and older lad!

She married in 1913 to her childhood sweetheart, Jimmy Holmes. At fourteen she had had his name tattooed on her arm so she was pretty certain that they would end up together! When her husband went off to war Lizzie got herself a job working in the coke ovens at Horden. The work was hard and dangerous but Lizzie took it all in her stride. She would often be the one called on to shift hundredweight bags of cement.

While at the coke ovens she joined the women’s football team there. You can hear her account of this by scrolling down to the “Supporting Material” link at the bottom of this page.