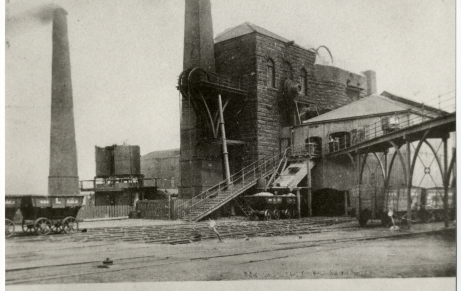 Commander of the submarine that bombed Seaham

Werner Fuerbringer became something of a hero in Germany, earning the affectionate nickname of “Fips” – also the title of his memoirs. He was one of the most successful German submarine commanders of the First World War.

He commanded submarines in the Flanders Flotilla, based in Zeebrugge. Fips was responsible for the sinking of 101 ships as part of the Blockade of Britain.

On 11 July 1916 Fuerbringer was the commander of the UB 39, a U-boat which had recently been commissioned by the German navy. In his memoirs he claimed that he targeted Seaham because he thought that they were manufacturing munitions in the town. However, from the directions of the shells fired, it seems that Fips was aiming for the colliery. It may be that he mistook this for a munitions works. He also claimed that he fired at night so as to minimise the number of potential casualties.

He was captured in July 1918 off the coast of Scarborough while commanding UB 110. When the submarine was stripped down at the Swan Hunters shipyard in Wallsend, the British navy found a cache of highly important documents on board, including a plan of the North Sea showing the favoured routes of a number of Fips’ fellow U-boat commanders. This led to the capture or sinking of five Flanders Flotilla submarines in a fortnight.

You can find a photograph of Fips and more information at http://uboat.net/wwi/men/commanders/81.html

Employment: 1920-22: worked for Blohm and Voss, Hamburg, one of the main companies that built German submarines
1922-26: management positions in several other companies
1927-28: worked for a Dutch company building submarines for Turkey
1920-31: submarine instructor in Turkey