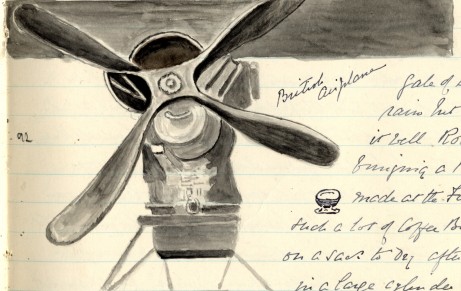 A predecessor of the Royal Air Force

During the First World War, the navy had its own flying branch. The Royal Naval Air Service (RNAS) was created in 1914 from what had previously been the navy section of the Royal Flying Corp (RFC). In April 1918 the RNAS and RFC were merged to form the Royal Air Force.