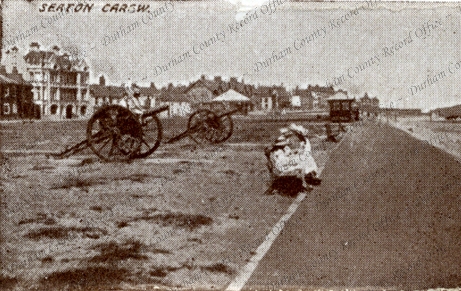 Suspected as a hotbed of spying

The Zinc Works was founded in 1907/8 to treat imports of ore. In 1916 the Central Zinc Company sold the site to The Sulphide Corporation. The Works was mentioned on a secret survey list of a works to be watched in case of war. Possibly because of the presence of the German engineer Max Schaarschmidt.

On 25th December 1914 the following story appeared in the Durham Advertiser:

Arrival of 42 Germans in Durham

Between six and seven o’clock on Saturday night intense excitement prevailed in the City of Durham by the arrival from Hartlepool of 42 Germans. A strong force of county police officers from headquarters marched to the North Road Railway Station and assisted the officers in charge to conduct the prisoners through the streets of Durham to His Majesty’s Prison. The prisoners were 42 employees at the zinc works, Seaton Carew, which are situated close to the mouth of the Tees. They were gathered by the police, and the men are all German and Austrian subjects. The feeling among the people is naturally somewhat bitter against residents of German and Austrian birth and origin, and on Saturday night the windows of one shop in West Hartlepool were broken. On Monday night the prisoners were removed under a military escort from Durham Prison and conveyed by rail to a concentration camp.