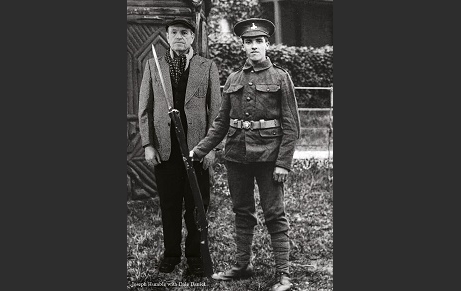 As part of the commemoration of the “Fighting Bradford Brothers” of Witton Park, the residents of the village embarked upon a series of research workshops in conjunction with Groundwork and Durham County Record Office, supported by the Heritage Lottery Fund. Local people brought together photographs and family stories in order to produce a series of postcards, which can be viewed by clicking on the “Download PDF” buttons on this page. The postcards combine images from the First World War with those of today and with research into the men and women of Witton Park of 100 years ago. Some of the postcards have also been turned into display boards, which Groundwork North East has given to Witton Park to display in the Village Hall.