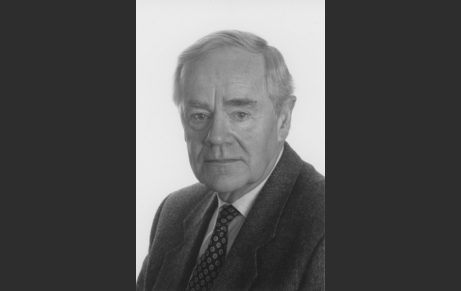 Editing The Durham Light Infantry and The Somme, by Peter Nelson (2 pages; 124 KB)

John Bilcliffe lived and worked in NE England for much of his life. When he retired he devoted many, many hours to researching the history of the Durham Light Infantry regiment. His extensive overview of the DLI in the 1916 Somme offensive has lain unpublished and generally unknown to those outside his family since he last worked on it in 1998.

With the support of his son Edward, this research has now been published online on Durham at War, two years after John died. Thousands of men from the north east served with the DLI on the Somme. We hope that John’s work will appeal particularly to the many families who commemorate their endurance, bravery and sacrifice today.

The Durham Light Infantry and The Somme 1916 by John Bilcliffe is published in six parts:

Part 1: Introduction and Background Notes leading up to the Battle of the Somme
Part 2: The Battles and Actions in which the Sixteen Battalions of The Durham Light Infantry were involved
Part 3: The Awards for Distinguished Conduct and Gallantry
Part 4: The Casualties. Killed in Action, Died of Wounds and Died of Disease
Part 5: Cemeteries and Memorials on the Somme
Part 6: Maps http://www.durhamatwar.org.uk/material/616/

Here is a tribute from someone who knew the author well:

I first met John Bilcliffe shortly after he had taken early retirement in 1984 from his managerial job in the steel industry. John already had a passion for all things DLI and was an avid collector of DLI medals, but his interest lay not simply in collecting for collecting’s sake but for researching “the man behind the medal”.

In the mid-1980s, I was re-cataloguing the DLI Museum’s extensive medal collection, prior to the building of a new medal room within the museum. Previously very few medals had been on display, including not only the original Victoria Crosses but also most of the early gallantry and campaign medals, for example from the Crimean, New Zealand and Boer wars. And I didn’t just want to list the medals; I wanted to know about the men themselves.

I can’t now remember when I first met John or when he volunteered to help me with the daunting task of researching every medal in the museum’s collection. But his work was invaluable, especially in tracing photographs of the men in the DLI’s archive for eventual display alongside the medals; and John was duly invited to attend the official opening of the new medal room by HRH Princess Alexandra in 1988.

But John’s researches didn’t stop there. Anything medal and DLI related was grist to his mill and it was a sad day when John told me that he was moving to Dorset. John’s interest in the DLI, however, did not end, and in 1995 his magnum opus “Well done the 68th” was published, based on his detailed research and analysis of the Crimean and New Zealand medals awarded to the 68th Light Infantry (the forerunner of the DLI).

In Dorset, John developed other interests, particularly for Royal Marine and RNLI medals, and published a second book “Irreproachable Character” in 2004, but, unknown to me, he did not abandon the DLI.

After John’s death in November 2014, his son, Edward, found a typescript for a book about the DLI during the Battle of the Somme in 1916. John had last worked on this typescript in 1998 and the reason why he abandoned this project is not known. However, in 2015, Edward passed the typescript to the Friends of the DLI Museum to see if it was of any interest.

Peter Nelson of the Friends took on the task of initially editing the book. After many months’ arduous work, Peter passed John’s typescript, together with his own additions and amendments, to Durham County Record Office, where I was to prepare the work for publication on the Durham at War website, as part of County Durham’s commemoration of the centennial of the Battle of the Somme.

Notes on the editing.
As the digital version of John’s typescript was incompatible with modern systems (a lesson to us all), Peter began his work by scanning each page and converting the image using OCR (Optical Character Recognition). Each page had then to be carefully checked (OCR is notorious for misreading words) and corrected. This took Peter months of hard work.

My task has been to make John’s work accessible on-line by changing the formatting; removing inconsistencies; expanding abbreviations, e.g. Sgt to Sergeant; and adding footnotes. The spirit of John’s work, however, has not been altered and the wealth of details and analysis that fill every page remains.

Postscript.
In the 1990s, when John was compiling this book, the wealth of information available today in book-form or on-line was simply not available. “Soldiers Died” existed as a book not as a searchable CD-ROM; the Commonwealth War Grave Commission’s superb website listing every grave and memorial of every soldier, who died on the Somme, did not exist; histories of the DLI battalions by Harry Moses, John Sheen, and others had yet to be written; the DLI’s War Diaries had yet to be digitised by The National Archives; and the DLI’s own archive had yet to transferred from the museum to Durham County Record Office, where it would be catalogued and opened to the public. The lack of these ‘modern’ sources available today to a researcher makes John’s achievement in the 1990s all the more remarkable.

Thank you for sharing this.
Jean