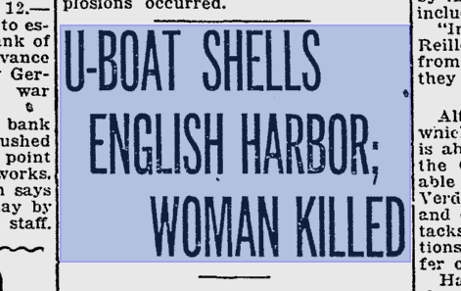 Extract from The Day, a Connecticut newspaper you can read online on Google News

Reports from the USA, New Zealand and Australia

Read how the bombardment of Seaham was reported in the international press.