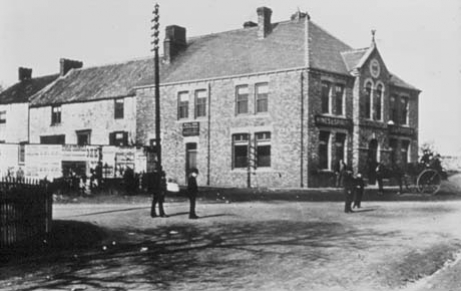 The Mill Inn at New Seaham, escaped damage during the bombardment. People Past and Present website: seah0185

Describing the day Seaham was shelled by a submarine

The 4th Battalion DLI was based at Seaham for most of the First World War on coastal defence duty. This is what was written in the war diary on the day after the attack:

At Seaham Harbour, on 11th July 1916, about 22:20 a German submarine (type unknown) opened fire from a point about 400 yards east of the mouth of the harbour in the direction of New Seaham. The objectives of the fire were apparently the Camp, the Wireless Station and Seaham Colliery.

The fire continued rapidly for about five minutes, during which time between 20 and 40 rounds are estimated to have been fired. About 22:30 the submarine departed steering South-East.

One dwelling house at New Seaham was damaged and some slight damage was done to private property in Dawdon Dene and around New Seaham, but no Government property suffered. The only casualty was a woman, who was hit at New Seaham and later succum[b]ed to her injuries.

Portions of shells have since been found near the Mill Inn at New Seaham, but as far as is known no damage was done by the later bombardment, which took place from a point about two miles off Hawthorn Hive, when about twelve shells are reported to have been fire[d] in the direction of Murton, when the craft was retiring from Seaham.