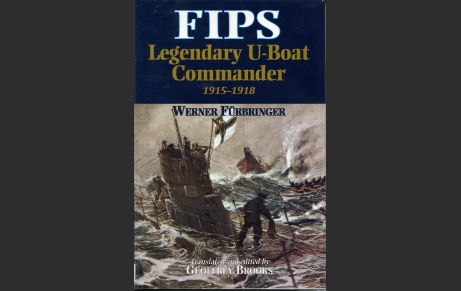 The submarine commander who bombed Seaham

“…After fourteen days’ leave I set out for Seaham. On the afternoon of my arrival in the operational area I went inshore and took periscope bearings on various prominent marks inland. There was a favourable westerly wind and I decided to attack at dusk. I selected the spot from where I would make the bombardment and settled the boat down on the sea bed there.

I considered dusk to be the best time for the attack because the boat would be difficult to locate against the backdrop of night and, provided it persisted, the westerly wind would drift the smoke from the iron foundry chimney over the inshore waters. Furthermore I was assuming that the factory would have only a skeleton staff on the premises at night: my objective was the destruction of war materials and not people.
The bombardment would not be without its risks. British naval vessels were constantly patrolling in the neighbourhood. If any were off Seaham at the wrong time, the attack would have to be postponed. In a state of high excitement we began our preparations to surface at 2030 hrs. The shells were fused and the gun crew painted humorous messages on them. We had one hundred 8.8-cm rounds on board but we could hardly fire off the whole magazine as a reserve was required for possible use in the commerce war at sea. The gun crew suggested that UB-39 should fire a symbolic thirty-nine rounds. I agreed. It was actually fewer than I was proposing but the range was so short that every shell was bound to hit the target and thirty-nine shells was probably enough to demolish the foundry completely.

Shortly after 2100 hrs I came to periscope depth. As I expected it was already dusk. A light westerly wind was wafting layers of white smoke low down over the area to seaward from where I would conduct the bombardment. We were so close in that it also partially obscured my view of the factory, so I brought the boat to another position from where I had a good view of the factory installations. Very close to the ironworks I saw the small town of Seaham.

Several small naval vessels were cruising to the north and south of my position and in addition there was a destroyer to the north steaming out to sea at full speed. On account of the unfavourable conditions, I felt sure that none of these vessels, nor the coastal batteries, would be able to see the boat, and even if they could, the attack would be over and done with before they fully realized what had happened.

Once I was satisfied with my position I gave the order to blow tanks. The boat surfaced quickly. At the word of command the gun crew poured out of the tower and sprinted down the fore-casing to clear the deck gun. A few seconds later officer of the watch Leutnant Busse reported the gun ready to fire. I gave the order “Rapid fire!” and a succession of shells barked out from the barrel. Our fire was accurate, hit after hit on the ironworks! Before the naval trawlers or coastal batteries had come to their senses we had fired all thirty-nine and the watch officer reported, “Bombardment completed!” This was excellent. We were still undisturbed; perhaps they were still reeling under the thunder. As I drew off the coast I saw the naval vessels and the destroyer all converging on Seaham, smoke pouring from their stacks. This could get unpleasant. I dived to thirty metres and stole away from the scene.

Next morning we embarked on our commerce war in earnest.”

The original German version of this book was published under the title “Alarm! Tauchen!: U-Boot in Kampf und Sturm” (Berlin, 1933).

Where to find this: Durham County Library Service

Submarine bombardment of Seaham
Next